← more from
Cantaloupe Music
Get fresh music recommendations delivered to your inbox every Friday. 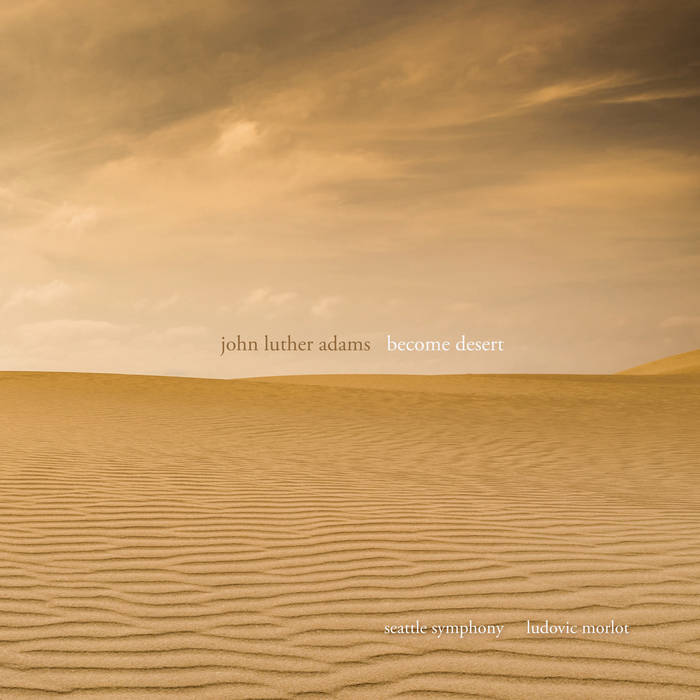 John Luther Adams’ Become Desert is a remarkable expansion on the ideas he developed for his Pulitzer-winning (and Grammy-winning) work Become Ocean. While not necessarily a “sequel” in the literal sense, the recording certainly shares multiple elements with its predecessor — including, most significantly, the renewal of Adams’ creative partnership with conductor Ludovic Morlot and the Seattle Symphony.

In his 2018 essay for the New York Times, Adams prepares us for listening to Become Desert with a map, of sorts, to help us find the state of “swimming in light” that the music is meant to convey. Along the way, “You begin to feel that this music you had thought was suspended in time is slowly leading you somewhere, pulling you somewhere. It continues upward, rising with inevitable force, like the wind or the light.”

The second disc in this 2-disc set is a DVD which includes a 5.1 surround mix of the recording, as well as a slideshow of desert images (all still photography by John Luther Adams) that loops during playback. And as further testament to the technical sophistication of the recording process itself, the production team behind Become Desert has partnered with Dolby Laboratories to create a Dolby Atmos mix—a first for a Cantaloupe Music release, available via Acoustic Sounds and other HD retailers on June 14.

*unfortunately we are unable to attach the Dolby Atmos mix to this album on Bandcamp. If you want the album in this format, just drop us a line at info@cantaloupemusic.com

Become Desert was co-commissioned by:

with co-commissions from the San Diego Symphony and the Rotterdam Philharmonic Orchestra.

Special thanks to the Robert D. Bielecki Foundation and the Aaron Copland Fund for Music for their invaluable contributions to this recording.

For more information about the Seattle Symphony, visit seattlesymphony.org.

For more about everything you hear on this CD, visit cantaloupemusic.com or johnlutheradams.net. To get specially priced advance copies of all our new releases, as well as catalog discounts and other perks, join the Cantaloupe Club at club.bangonacan.org, or join our digital subscription service at cantaloupemusic.com/fans.

Bandcamp Daily  your guide to the world of Bandcamp